Drive Multiplier Mayhem was launched in mid-2016 and yet again Netent casino has managed to release a great slot. Some of the features we will find is the free spin mode, Wilds with multipliers and random wilds. When we first played the slot we felt it was a bit disappointing and no win at all but after hitting the first big win with some help from random multipliers we where sold. The slot takes us right back to the first fast and the furious movie where you aim to take the streets and get paid for it.

Drive has tow super cool features in their game. One is the free spin round and the other is Wild Multipliers. In the free spin mode, you also get Wilds on every spin.
First, let’s talk about the Wild multipliers and how they work. During the normal game, round wilds can position them selves on any reel. On reel one there is no Multiplier on Reel 2 there is a multiplier of 2x, reel three multiplier by 3x and four and five it is multiplied by 4x and 5x. Meaning you could get a huge win getting a winning line with multipliers 2x + 3x + 4x + 5x. Doing the math just makes you dizzy but it is a huge mega win.

To trigger the Drive free spin round you need three scatters that only pops up on reels one, two and three. It is pretty hard to get into this bonus round, average 171 spins. But once there it is just awesome four. You will go head-up with the characters of the game street racing to win bigger. Collect nitro boosters which fall in any position and you will progress and win the race against your opponent. And you move on to the next stage. There are four stages in total and for each stage you will get an extra random wild on each spin. Reach the last level and you will have four wilds on each spin. On top of this for each race you win you will get awarded more free spins. If you win the last race while having free spins left the game round ends. But don’t feel sad about that you will have an amazing bank roll if you reach that stage.

The casino slot is fairly new, launched in 2016 and has the latest technology to back it up. Although it is one of netent’s fill out slots we think this one will stick for a long time. We know we will play it for many months to come. The graphics are stunning and really catches the feeling of being in an underground street racing party. The sound is a bit mellow and grungy with nitro sound every time you get a win.

We strongly recommend trying out the slot. especially for those of you who want to win a little bit bigger and are prepared to wait a bit for those wins. It is a little bit like Neon Staxx where you can go blank for ten spins then all of a sudden it pours down coins like a waterfall. We believe this is one of Netents best slots released in 2016 and we hope they will do an another one to follow up just like fast and the furious series. 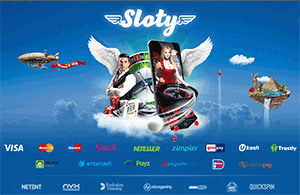